On April 20th, 2022, on the occasion of the pre-opening week of the 59th International Art Exhibition – La Biennale di Venezia, Beatrice Burati Anderson Art Space & Gallery responds to the drama of the present times by inaugurating a bi-personal exhibition curated by Adriana Polveroni, that compares in an unprecedented way the works of Ciriaco Campus (Bitti, Nuoro, 1951) and Italo Zuffi (Imola, 1969).

Borrowing the title from the famous Latin phrase “Si vis pacem para bellum” (“If you want peace, prepare for war”), SI VIS PACEM asks, in the deliberate suspension of the sentence, an implicit question, which will remain open, to constantly solicit conscience: if you want peace – assuming you really want peace – what needs to be done? Recognizing how the lack of respect for the truth (manipulated, misunderstood, mocked, ignored and ultimately concealed) is essential nourishment of any conflict, Adriana Polveroni writes:

And perhaps, in fact, the untruth, or its occultation, its inevitable opacity, is a destiny, or a condemnation, which structurally weighs on our being in the world, although there are historical moments, such as the present one, in which the search for truth, and its parallel manipulation, are radicalized.

It is in these moments that the need for truth becomes more urgent, almost obsessive, supported by data that in an aseptic way should finally give it shape, translating it into what is most objective: numbers, sequences of numbers entrusted with the task of soothing the frustration of not achieving it. It is the daily ritual that has marked the time of our days, of our last two years: percentages of infections and injuries, numbers of deaths, from viruses and from weapons.
[…] What can an exhibition add to this scenario, to this structural lack that has always defined our being in the world? An exhibition can add its own narration, the proposal of a vision of this destiny, realized through its most congenial language: the interpretation given by artists.

Hence, Ciriaco Campus makes visible military bases normally hidden from the eyes of us who inhabit the world, causing something to emerge on the surface, just like a sort of excrescence of the soil, suitably kept hidden and perhaps denied. And he does so using an ancient language of art: the tapestry, which once decorated the walls of noble residences to narrate feats, proud deeds of leaders or territories explored and therefore codified.

[…] Italo Zuffi, consistent with the conceptual declination of his work and with a more “peripheral” and less central vision, with his subtly oblique gaze, proposes an image of untruth, or rather of ambiguity, which relies precisely on the promise of certainty given to us by the mass media. Four stoneware circles, apparently useless and indecipherable objects hanging on the wall, tell, with interruptions and uneven edges, the preferences, expressed in percentages, of various polls proposed to public opinion […]. 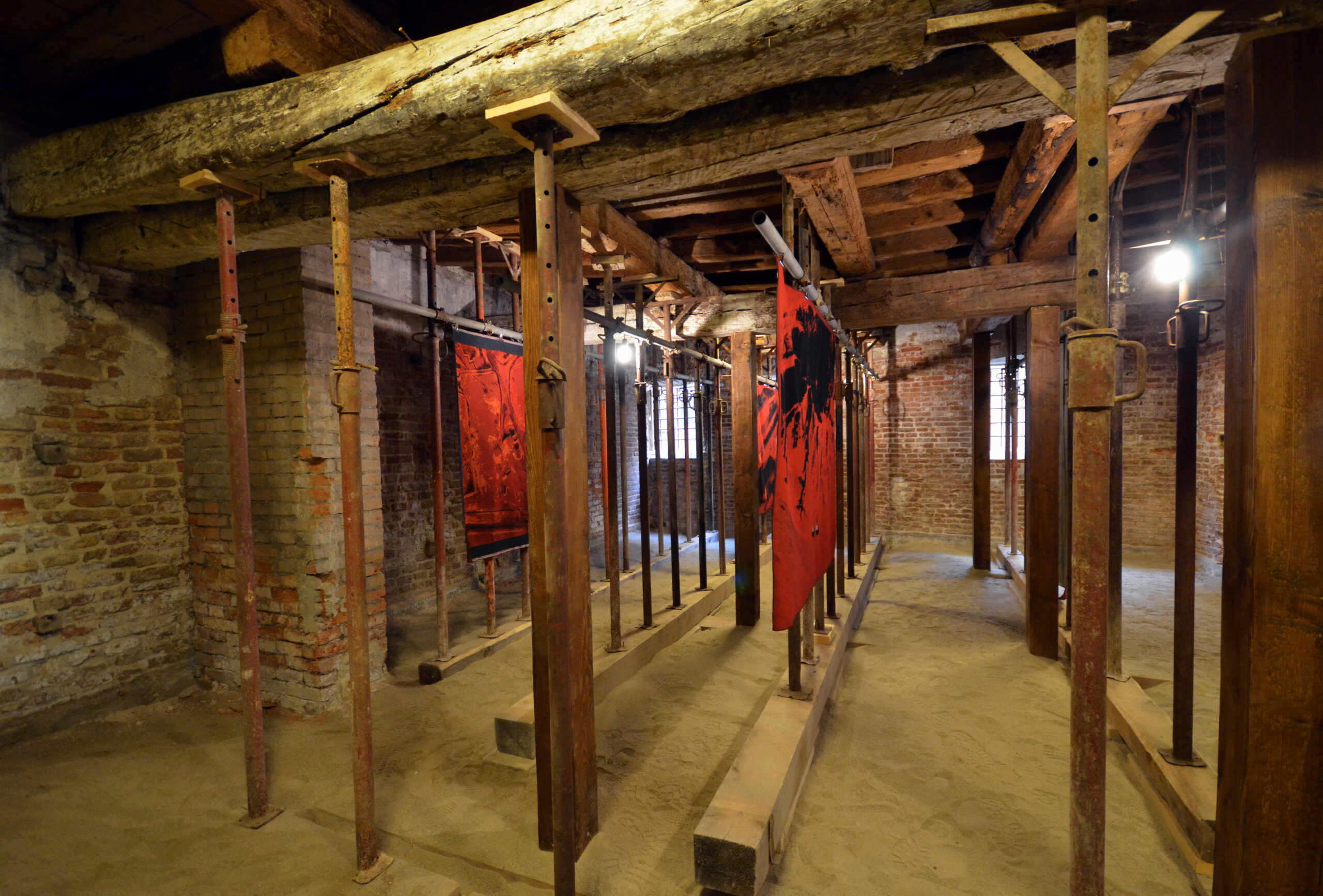 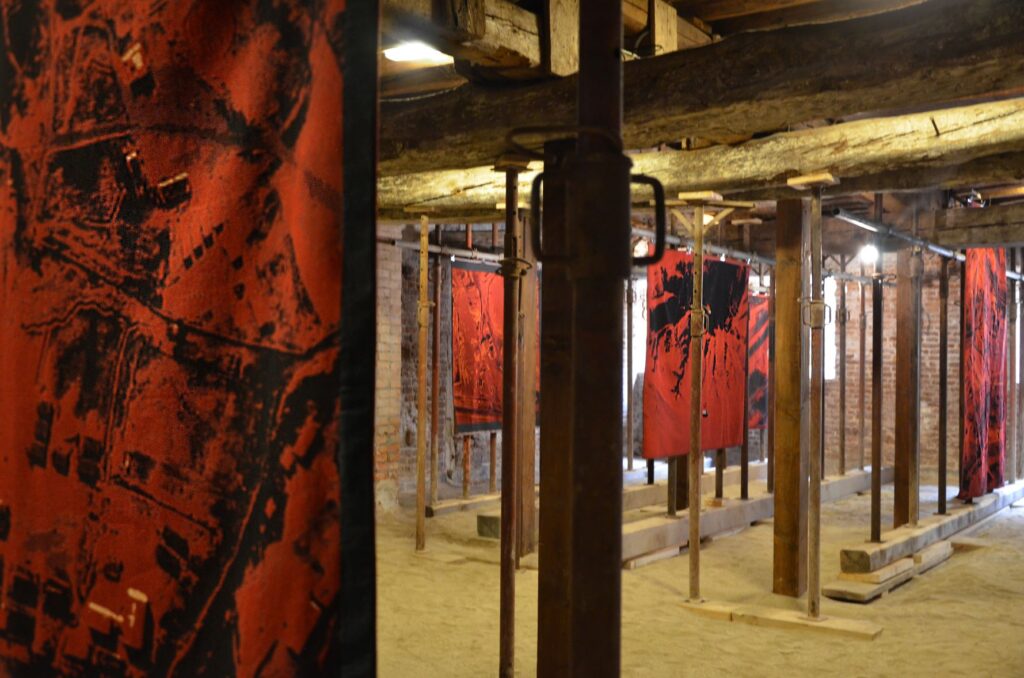 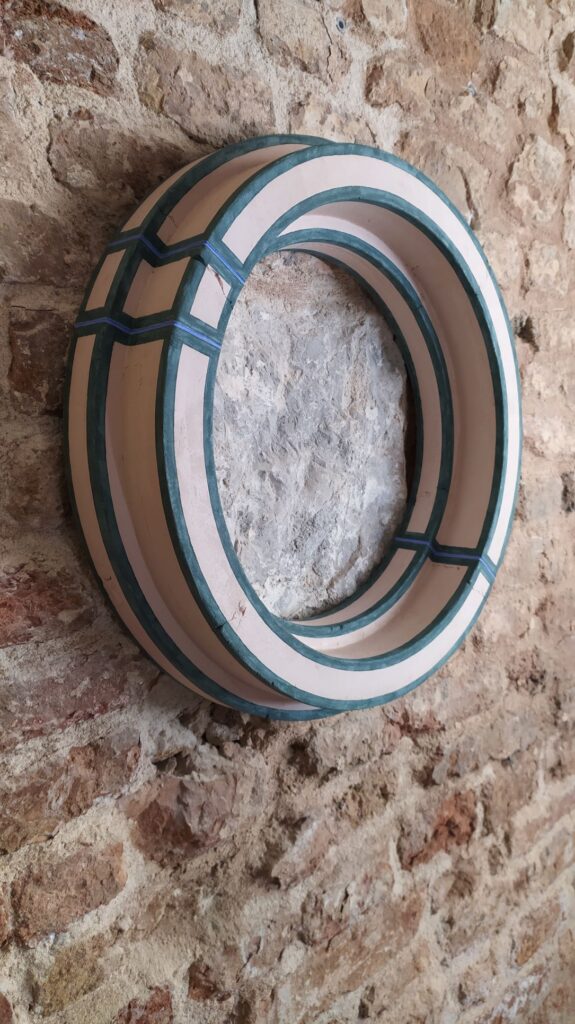 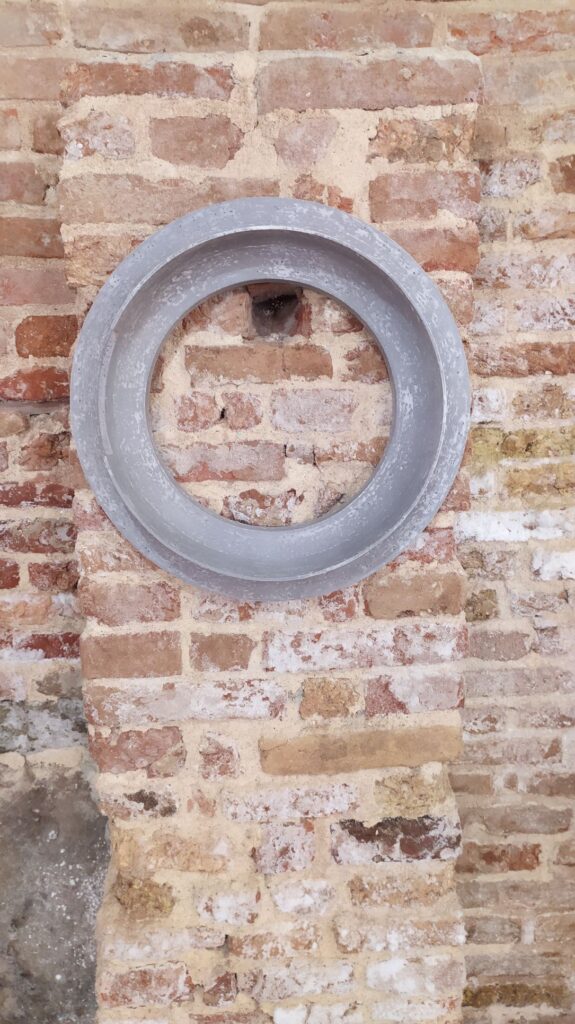 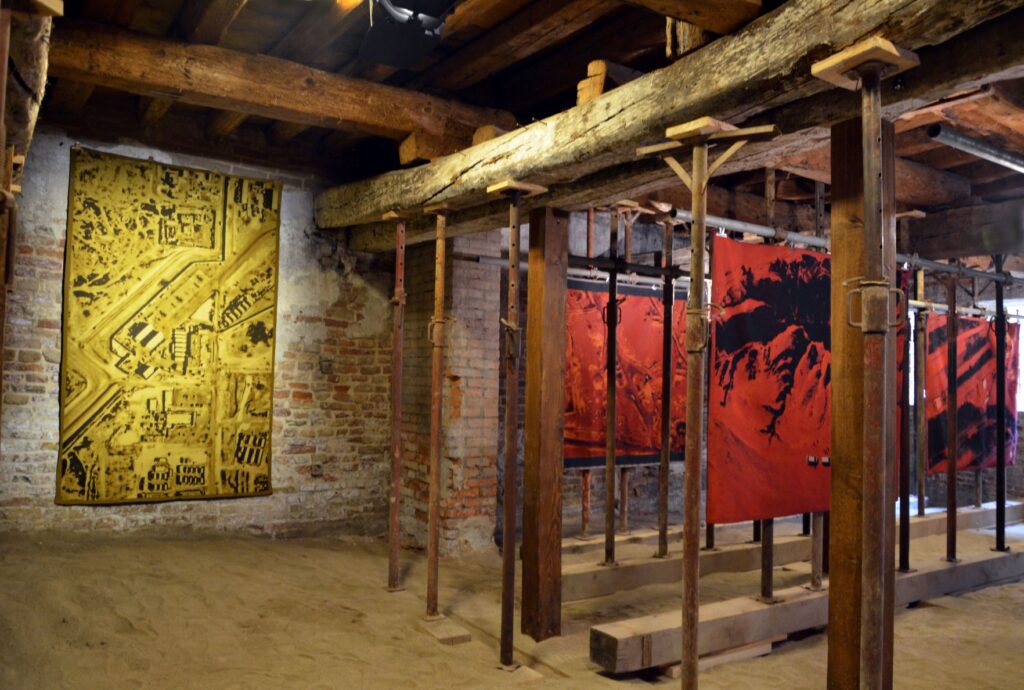 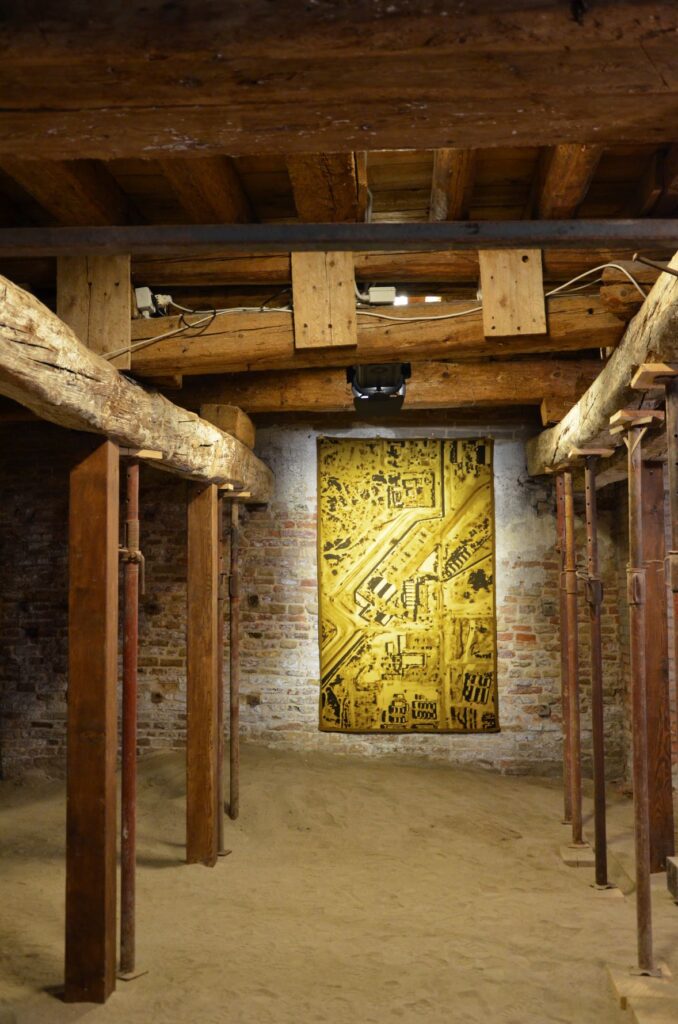 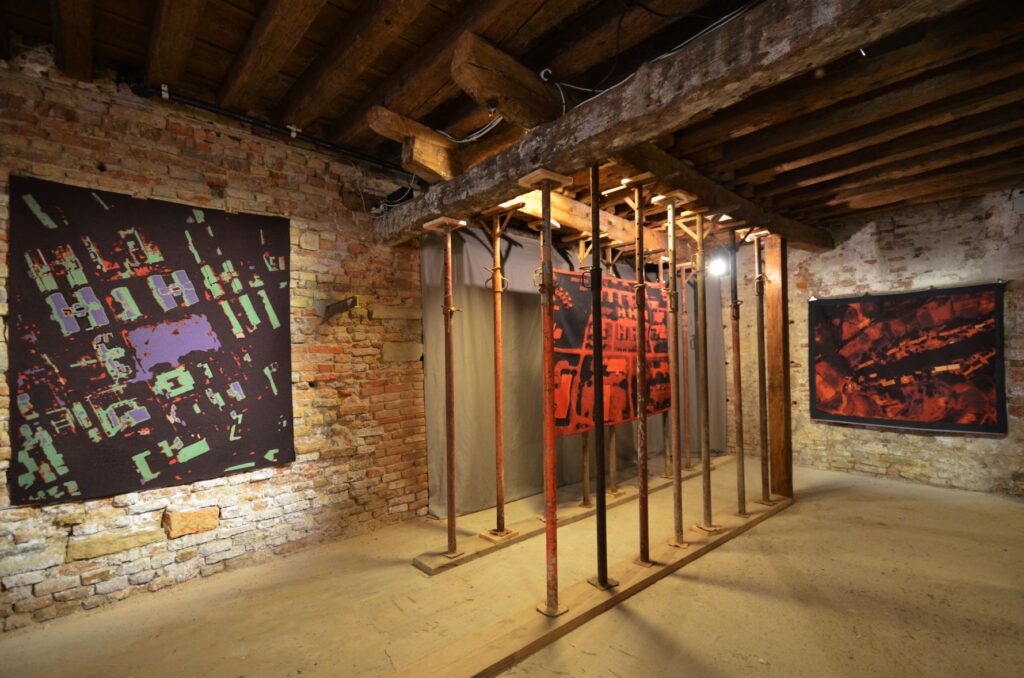 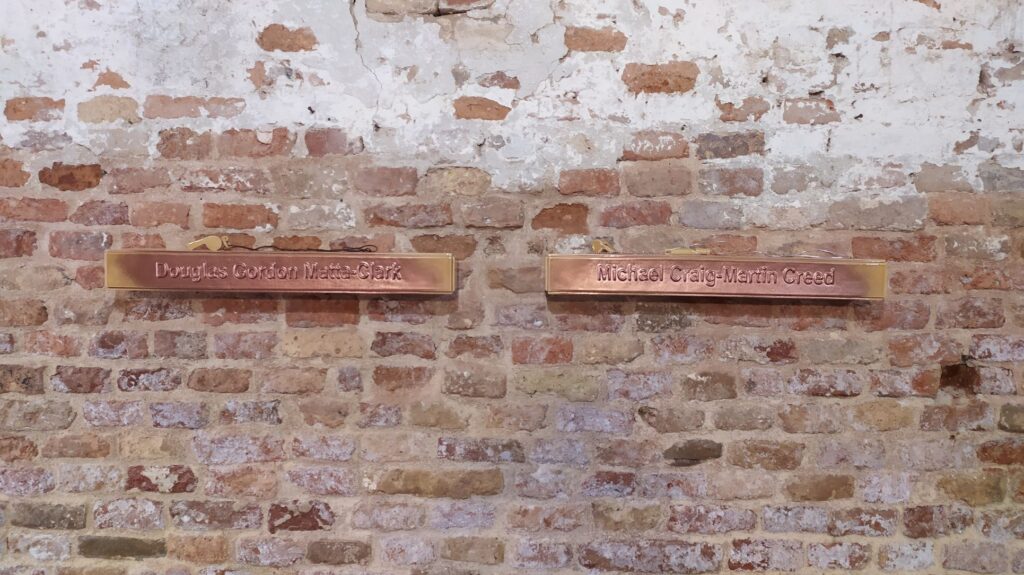 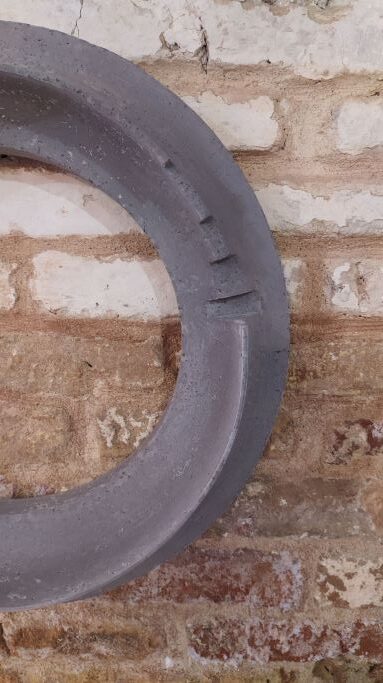 It seems we can’t find what you’re looking for. Perhaps searching can help.

His research is characterized in the 80s by the strong affirmative presence of matter, represented in the double role of its “being there”, in its immanence and its reference to “thinking about itself” in a symbolic key. Since the nineties, Campus’s work has been fully defined around social themes, seriality, staging, true / false, and based on the use of communication devices.

Italo Zuffi Imola, 1969. He lives in Milan.
Visual artist, works with performance, sculpture and writing.
In 2013 he founded the collective “Pawel und Pavel” with Margherita Morgantin.