On Friday 11 November, the Galleria Nazionale d’Arte Moderna e Contemporanea in Rome puts on show the Ciriaco Campus’ solo exhibition, Paesaggio 51 (Landscape 51). On this occasion the artist presents large unpublished canvases belonging to a series he has been working on over the past year. The works present dense and rough surfaces, grey and black, modelled by hand, on which ash and debris thicken, traces of a catastrophe that seems to have consumed every trace of biological life and human presence. Like artefacts that have remained exposed to the elements for too long, or like charred traces of a fire that has dissolved every recognisable form, Ciriaco Campus’s paintings materialize the condition of a landscape now made uninhabitable, deserted and barren, perhaps because of an environmental catastrophe, perhaps of a nuclear war that has annihilated the human race.

As Stefano Chiodi, author of an essay about this important art works, says: “The canvases, with their vision of a dystopian and threatening future, are exhibited in the room of the National Gallery dominated by the collection of 19th-century sketches and plaster casts, funerary or memorial statues intended to pass on the virtues and deeds of the people portrayed in them. The contrast could not be stronger: to the moral pedagogy of the monument of the bourgeois age, to its typical rhetoric, to its declamatory tone, Ciriaco Campus opposes the bare essentiality of its matter, the silence of a now devastated Nature in which the presence of human beings seems to have definitively disappeared. What remains is the bare geological texture of a planet that may perhaps begin a new life cycle, now free of its destroyers. For the artist, the unthinkable catastrophe is also a reminder to consider the world from a perspective no longer anthropocentric, by imagining a planet that even without the human presence possesses vitality and the power of creation. As Ciriaco Campus wrote in the preparatory notes for these works, “in a distant time, when meadows, forests, and cities no longer exist, when the sky deprived of sunlight becomes solid, a naked man surrounded by piles of debris kneads mud ash and charcoal with his hands to give body to his memories. He creates landscapes that recall earthly natures and distant universes, where earth and sky, time and space, merge into each other. The matter thus shaped begins to glow with its own energy, memory comes alive again.”

For Ciriaco Campus, art has always been a tool for investigating the contradictions of the contemporary world and at the same time for exploring the ambivalent position of the artist, who is called upon to bear witness to and at the same time participate in the events of his own time. Hence a multifaceted oeuvre that over the course of now four decades has from time to time touched upon the limits and possibilities of multiple forms of expression, from painting to photography, from drawing to video, often appropriating images extracted from the incessant flow of media.

A catalog with an essay by Stefano Chiodi will be realized for the exhibition.
The exhibition is supported by the Beatrice Burati Anderson Gallery, Venice. 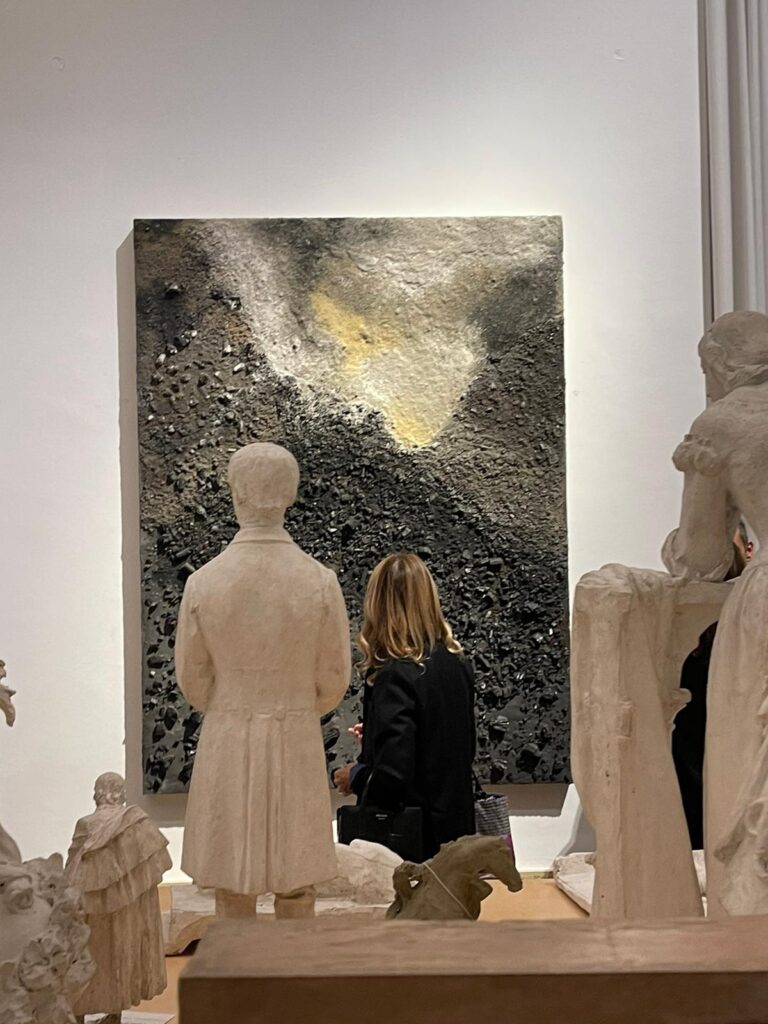