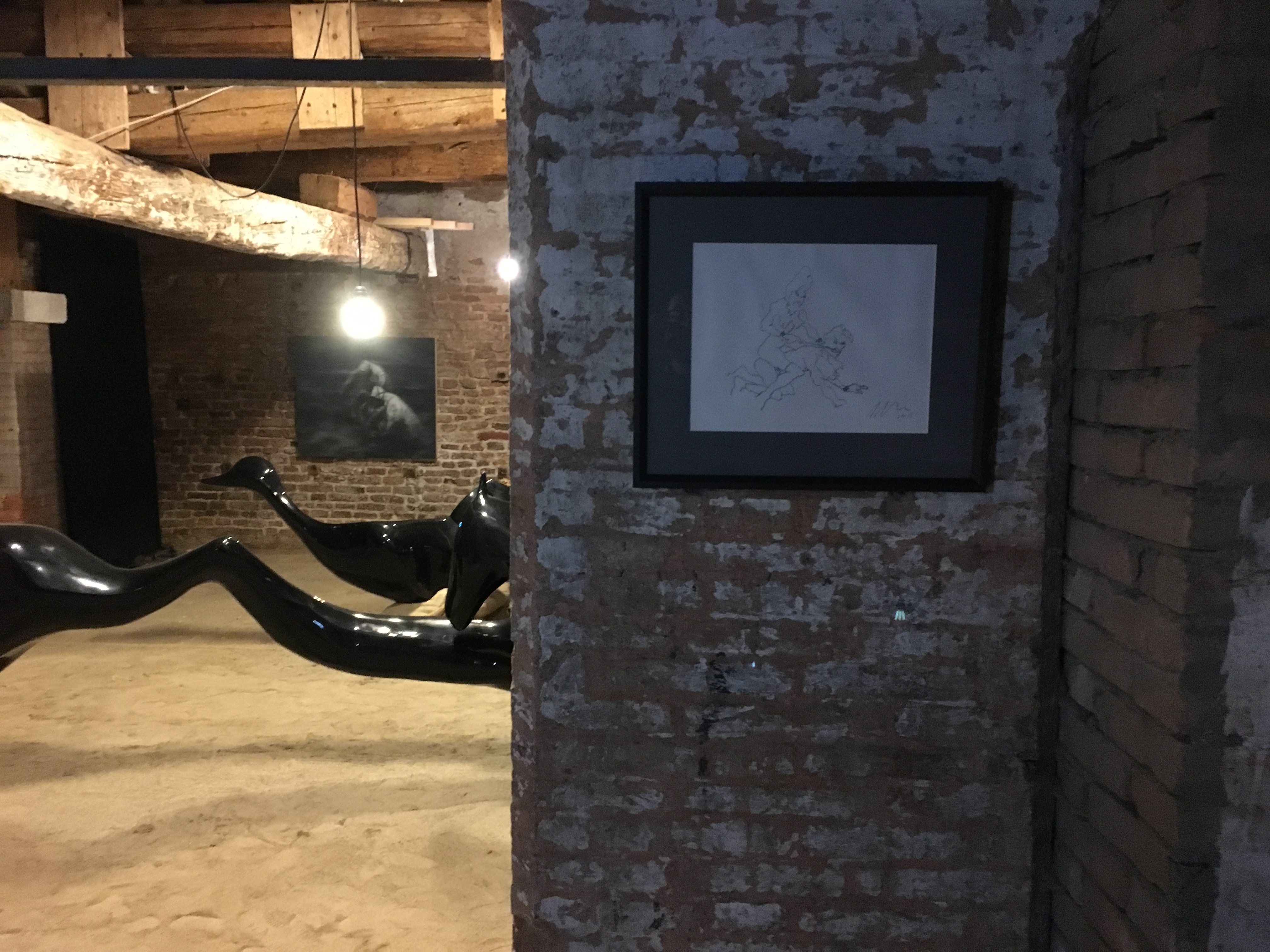 Terry Rodgers (born 1947 in Newark, New Jersey) is an internationally recognized American artist who lives and works in Columbus, Ohio. Rodgers’ current work emphasizes a contemporary disconnect between body and mind. His rendering of an imaginary leisure life stands as an iconic vision of the tensions and confusions endemic to today’s society. These images are not snapshots or slices of life, but rather a compression and dissection of our rampant imaginations and mediated influences. The seductive and marvelous glamour of the outer world jars against the vulnerability and delicacy of our inner and private selves. From spectacular large oil canvases and mixed media, to stark photo-portraits and kaleidoscopic videos, Rodgers’ work both collapses and emphasizes psychic distance and physical proximity. It suggests that, in a world of ready-made entertainments, there’s an underlying uncertainty and a sense that something is missing. Rodgers’ first solo European museum exhibition opened May 2009. In 2007, his work appeared for the first time in Art Basel. And in 2005, three of his monumental figurative canvases were presented at the Bienal de Valencia. In the United States, he has had solo gallery exhibitions in New York, Los Angeles, Atlanta, and Chicago; and in Europe in Brussels, Amsterdam, Zurich, and Milan. European museums exhibiting his work include the Stedelijk Museum-Hertogenbosch, the Kunsthalle der Hypo-Kulturstiftung in Munich, the Museum Franz Gertsch in Burgdorf, the Museum Folkwang in Essen, Kasteel van Gaasbeek in Belgium, the Scheringa Museum of Realist Art in the Netherlands, the Kunsthal Rotterdam, the Kunsthalle Krems in Austria, Kunsthalle Emden in Germany, Kunstmuseum Bern and Zentrum Paul Klee in Switzerland, me Berlin, Kunstverein Heppenheim in Germany, and the Helnwein Museum Galerie Rudolfinum in Prague. Terry Rodgers’ work is included in many prominent private and institutional collections worldwide.

NewFaustianWorld – A book, a movie, an exhibition