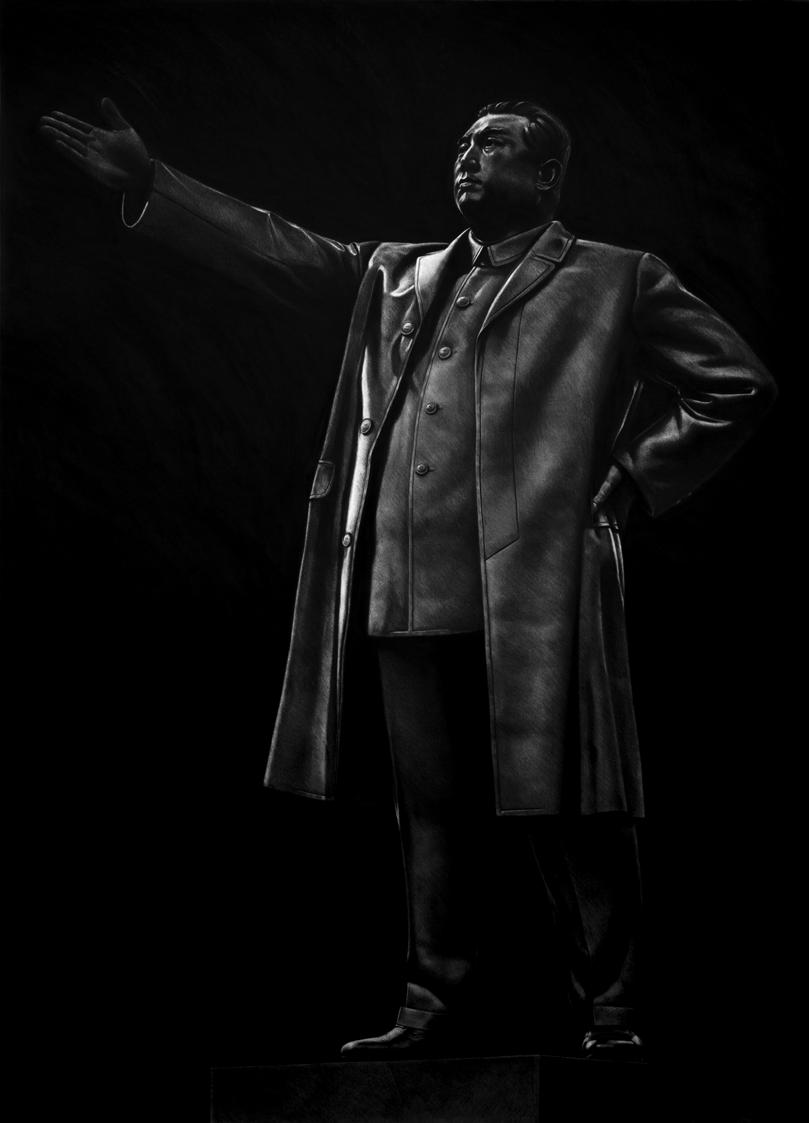 Kepa Garraza (born 1979 in Berango, Spain) lives and works in Bilbao. Using fictional scenarios, a kind of parallel reality, Kepa Garraza invites the spectator to question about identity and manipulation of information. His artistic practice puts in question official speeches questioning the processes of institutional legitimacy and rightfulness. His reinterpretation of reality is always ambiguous and disorganized, full of shadows and grey areas inviting the viewer to rethink the historical narrative and the chronicle of reality. His sarcastic and unforgiving look offers alternative point of view about the reality we know and proposes a healthy exercise: always doubt the official version. He started his exhibition career in 2004 when he won several awards and scholarships that allowed him to produce and display his works in several national and international circuits. Since then he has had a personal exhibition at the Sala Rekalde in Bilbao and other personal exhibitions at art galleries in Madrid, Bilbao, Dusseldorf, Rotterdam, Beijing and New York. In addition to being present in Spanish and international private collections, his artworks are present in public collections like the Artium Museum, the Autonomous Community of Madrid and the Contemporary Art Collection of the Museo Patio Herreriano, just to name a few. Between his solo shows: Oltre ogni ragionevole dubbio”, Real Academia de Espana en Roma (2017); “RIOT”, Castor Gallery, New York (2016); “This is the end of the world as you know it”, Fundación BilbaoArte, Bilbao (2015); “Osama”, Combustiòn Espontanea Art Gallery, Madrid (2015); “This is the end of the world as you know it”, MA Studio, Beijing (2013); “B.I.D.A. (Brigadas Internacionales para la Destrucción del Arte)”, Galería Salvador Díaz, Madrid (2009); “Because there will be hundreds more of us for each one of yours”. Het Wilde Weten, Rotterdam (2008); “Imágenes de Violencia, Pasión y Muerte”. Sala Rekalde, Bilbao (2005); “Kepa Garraza 2003-2005”, Galería Salvador Díaz, Madrid (2005).

NewFaustianWorld – A book, a movie, an exhibition